It is our pleasure that Dr. Giovanni Campisi (Polytechnic University of Marche, Ancona) will present on Thursdsay December 8, 2022 at 12:45 in room RB437 about his research on the topic „Heterogeneous agents, sentiment and stylized empirical facts of financial markets"

BIO: Dr. Campisi is an Assistant professor at Polytechnic University of Marche, Ancona, where he also received his PhD in 2016. His research covers mainly Dynamical systems theory with applications to economics and finance, Financial econometrics, and Machine learning.

ABSTRACT:  In this paper, the discrete-time version of the model of [3] is presented. Our aim consists in studying the impact of cross-sectional momentum traders on the dynamics of the model. To this end, the continuous-time deterministic skeleton of the model [3] will be trans- formed using sophisticated discretization techniques. After that, we carry out the stability analysis of the resulting nonlinear dynamical system and focus on the local and global bifurcations leading to the transition to complex dynamics ([2]). In particular, we prove that our system is able to admit coexisting locally stable attractors and we fi nd a suffi  ient condition on the parameter values which guarantees such result. In addition, following [1], [4] and [5], we demonstrate that the time series generated by the perturbed deterministic system are in line with the stylized facts of U.S. financial market. 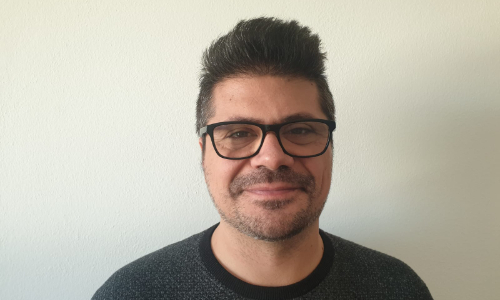